It’s been an incredible few months. With Covid we’ve all been through our own personal experiences. Isolation has been something we have all had to live through and deal with. Most of us anyway. They have been strange times, living in our thoughts and wondering what the future holds. Hopefully are now on the other side and can begin to open up.

Isolated from my family back in Ireland, like so many, the “what if’s” and “WTF’s”, have hung heavy in the air. I am fortunate that all of my people where okay. I am also lucky that I had time and the new album to focus on. The whole lockdown situation gave me space to really think through this new collection of songs. Although some songs are old songs (there are four traditional ballads on the album), I would hope the presentation, has a fresh approach.

Working on an album about Ireland and my connection to her, the people, and Irish culture through this dark time, has really helped me understand what that connection really means. A connection, or disconnect, felt by so many others  before me. With that comes a new found admiration, understanding and respect.

And so, here we are, ‘Born From Tradition – Volume One’ is out into the world. What that means exactly I do not know. What I do know is that it is exactly four years to the month that “They Might See Dolphins” was released, and looking back I can safely say, it’s been an amazing four years. In all fairness though… I have no idea where the time has gone.

There Was No Plan

Like so many things, this album snook up on me. The first of two volumes (which may well become more), this album had a very unusual genesis. It started out as a simple idea. Just me, my voice, a guitar and some songs. Then came a trip, just before lockdown, to Dublin and AP Studios. Up there on Kellystown hill over looking the city to my brother in arms, sits my Italian brother from another mother -Antimo Puca Kelly. Yes he is now officially Irish.

The plan was simple. To put down some folk tunes and ballads I had written, along with others I grew up listening to; traditional songs that were the soundtracks to my life.

I’d oft times talked about doing my “Irish Album”. Now I finally had the chance.  With time to spare back home in Dublin, I booked in a couple of hours with Antimo in the Studio, to just hit record and see what might happen.

What did happen, happened easily and rather quickly. Thirteen songs just fell out in one session. No fuss, no fanfare, just a feeling.  It was magical. Something that would become more apparent as the months rolled by, listening back with headphones, over quiet winter nights during lockdown in Vienna. 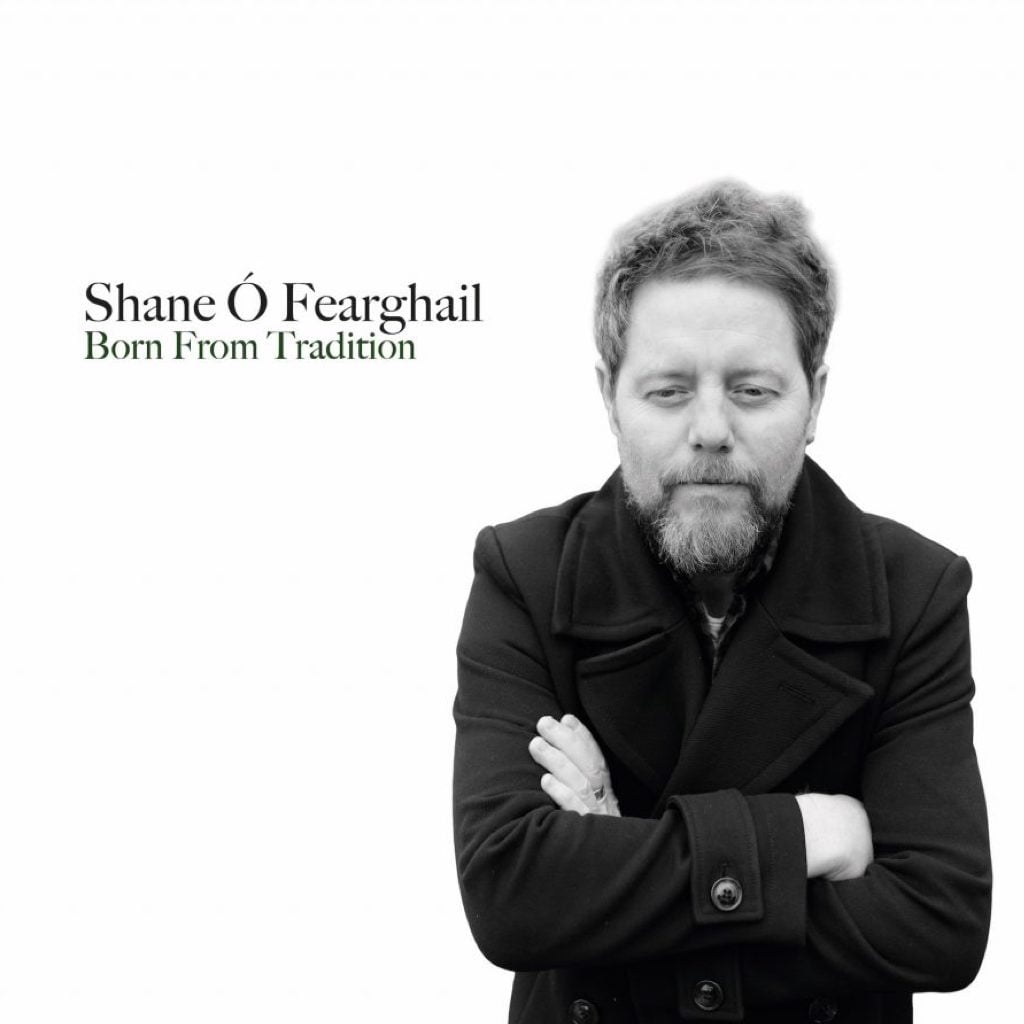 “A pearl writing to be discovered”.

I couldn’t have done this without a lot of help. Making this album has been a joy and wonderful experience, but it has scared me at times. It never let me forget my association to home and the music and legacy that has gone before me. That love and tradition, grá agus tradisúin, drove me on.

Joined by wonderful friends and cool musicians, some of you may know; Claudia Heidegger, Emily Velasquez, Antonia Wernig, Fergus Mckay and of course Sabine Mann, it was easy, calm and care

Born From Tradition is a quiet affair. It’s just nice music with good songs. Nothing too crazy and a breath of fresh air for me.  It is simply about sounds and a reconnection, to a collection of songs that have traveled with me.

Some of these songs I have written. The older ones have been written by others. Each song carries its  own weight and experience, penned I’m sure in a smilier fashion, alone in a quiet room, crowded by thoughts. All these ideas have helped me to write, sing and to learn. They have helped me to find my voice and in some cases, unlocked the magic they hold in their melody. Their story.

My first foray into tradition music production, and full on production responsibility,  I have been guided all the way by my great friend and mentor Antimo Kelly Puca. An Irish mountain man from Napoli. A man who has many talents. We’ll say nothing about rugs. There are pictures however.
I am happy to say I will do it again. A volume two is currently in the making and writing. 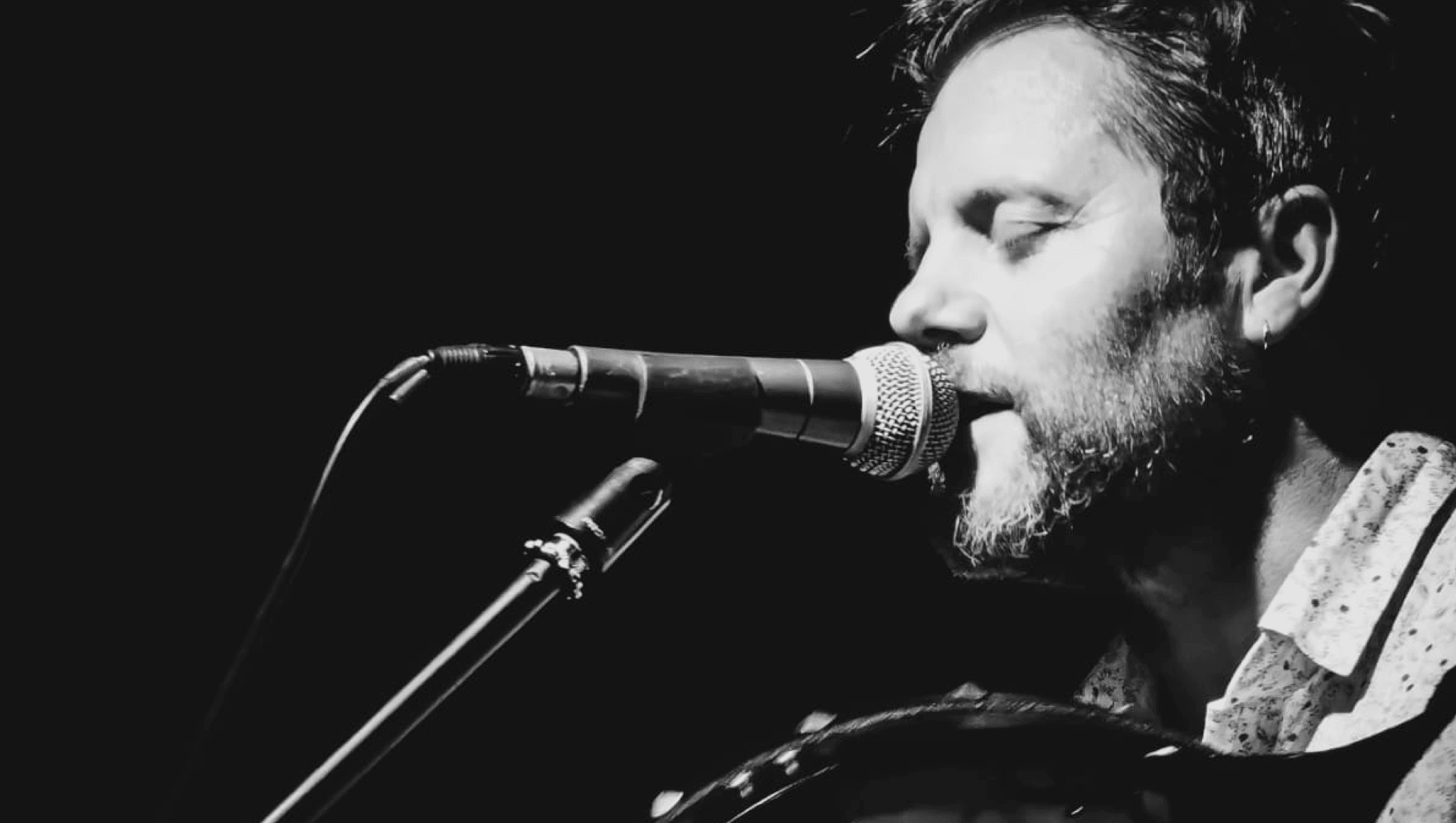 Born From Tradition is the one album I wanted to make first. It should have been my first album. Life, Punk and other stuff had their say, and it’s taken me some time to find my way back, up stream, to play around in the rock pools of my own culture and the country where I was born. The place where my music comes from. My source… Éireann.

Thank you for your continued support. It goes a long way, and helps a small artist live a little dream. I’m off now to dream up the next project. An album with my band ‘The Host’. Watch this space…